Last year proved it once again: those who rely on innovations and digitalization at an early stage secure decisive competitive advantages. Onventis Premium Supplier “Karl Koerschulte GmbH” has been building on future-oriented technologies for years and has recently started supplying industrial customers with drones. Together with its long-standing customer and partner Hotset, Karl Koerschulte GmbH has launched the project “Koerschulte Drone Logistics Service”. This established the first drone route in Lüdenscheid.

This is how the drone delivery service works:

The KL-GROUP | Koerschulte + Werkverein is a production connection trade with headquarters in Lüdenscheid and branches in Plettenberg and Hagen. As a wholesaler and supplier, the KL-GROUP offers advice and service for craftsmen and industrial companies in the product range areas of occupational safety, factory equipment, fastening technology, power tools, quality tools, welding technology and consumables. The medium-sized company also has its own Future Campus and an Innovation Lab.

A typical application for the delivery service is, for example, the delivery of various spare parts for maintenance work or in the event of machine downtime to the customer or to a specific construction site. It is possible to react very quickly in the released air traffic network and to cover and deliver urgent requirements directly. The drone is able to deliver packages of up to 0.8m x 1m x 0.6m and is therefore predestined for classic C-parts. In the future, however, it will also be able to transport entire Euro pallets weighing up to 200kg.

The first test flight was successfully carried out at the end of 2020. After a one-kilometer flight, the drone landed fully automatically and without incident at the customer Hotset with a craft package – consisting of mounted points from Rüggeberg and inserts from Walter. Karl Koerschulte GmbH has been supplying Hotset, which was one of the first customers to use eProc III, for many years in the classic C-parts sector. The manufacturer of industrial heating elements and temperature control technology benefits above all from the speed, flexibility and environmental friendliness of the drone delivery service. The service is also extremely resource-efficient: only one pilot monitors the flight via the so-called drone office and can intervene in an emergency.

The idea for the project came about a good year ago through an exchange with a drone start-up. Reason enough for Norman Koerschulte, Managing Director of Karl Koerschulte GmbH, to put the innovative idea into practice:

For me, this initial exchange was the starting signal for launching something new on the market. After all, the conditions for a drone delivery service are favorable. In addition to our technological affinity, Koerschulte has an industrial customer base. The products in demand there are usually compact and easy to transport.

In addition, there are other major advantages. The drone is a cost-effective, fast and, above all, sustainable solution for short delivery distances. Moreover, there is no drone delivery service in Germany yet. “We expect this project to give us immense competitive advantages over large players in the future,” adds Norman Koerschulte.

Currently, the test flight route is being transformed into an initial regular route. However, there are still a number of challenges to be overcome. After all, the use of drones requires numerous permits to be obtained and conditions to be met. In order to be allowed to establish a large-scale route network in Germany, a drone airline must be founded. “We firmly believe in the realization of our vision. In the current phase, it is important to move forward quickly, flexibly and with a lot of innovative strength,” says Norman Koerschulte, describing the next steps.

The interest on the part of customers is great and confirms the future viability of the project. For this reason, Karl Koerschulte GmbH plans to deploy 20 drones in the medium term. In addition, the project is also to become a business model in the future. “Many small retailers are facing the challenge of setting themselves up digitally. We would like to support these retailers by offering our drone delivery service as a licensing model,” Norman Koerschulte explains the further development of the project. 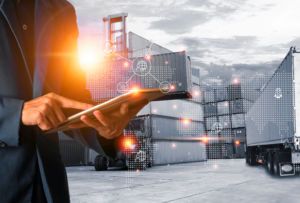